For weeks now, there have been News flying everywhere about the alleged secret relationship between Fuji star Kwam 1 and Alaafin of Oyo youngest wife Olori Badirat Ajoke.

Today, Twitter was on fire after Nigerians weigh on the issue and it seems the young Queen has been sent packing from the Palace.

In case you don’t know, Alaafin of Oyo installed Wasiu Ayinde (Kwam 1) as the Mayegun of Yoruba land some months ago in Oyo state and a very big party was thrown and attended by the creme de la creme of Nigeria.

Fast forward to a few months after, the Mayegun KWAM 1 has been accused of sleeping with the king’s youngest olori 😳😳😳 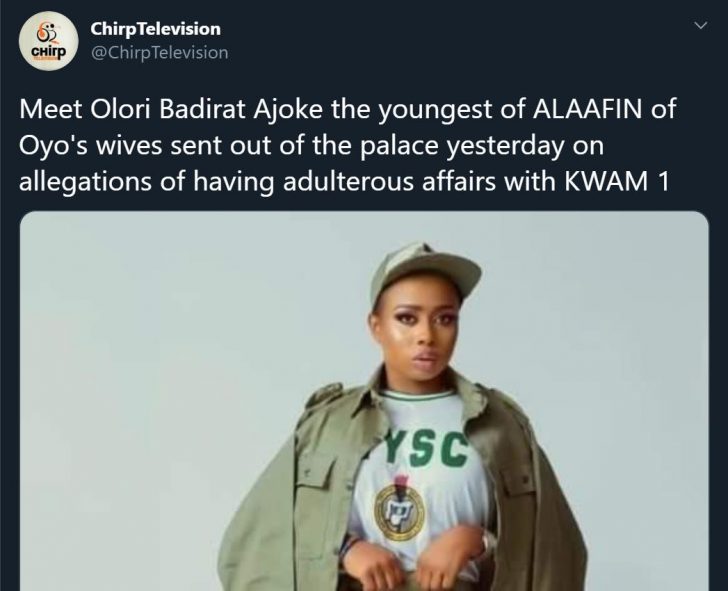 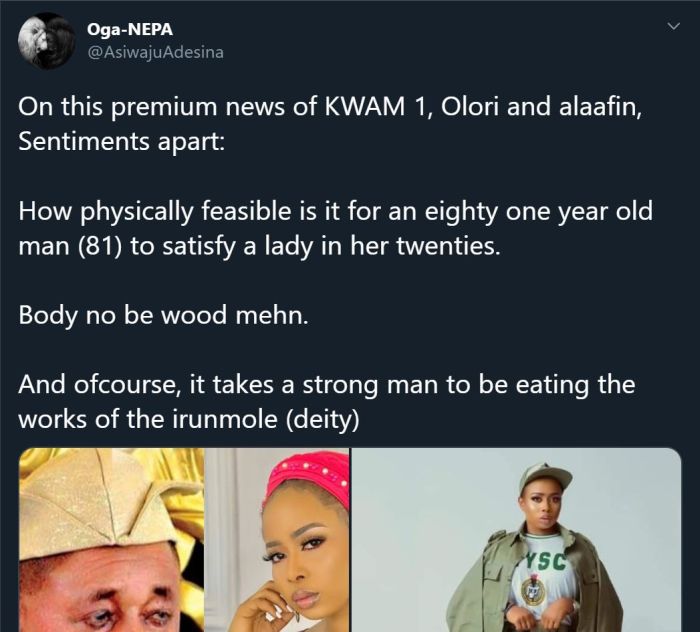 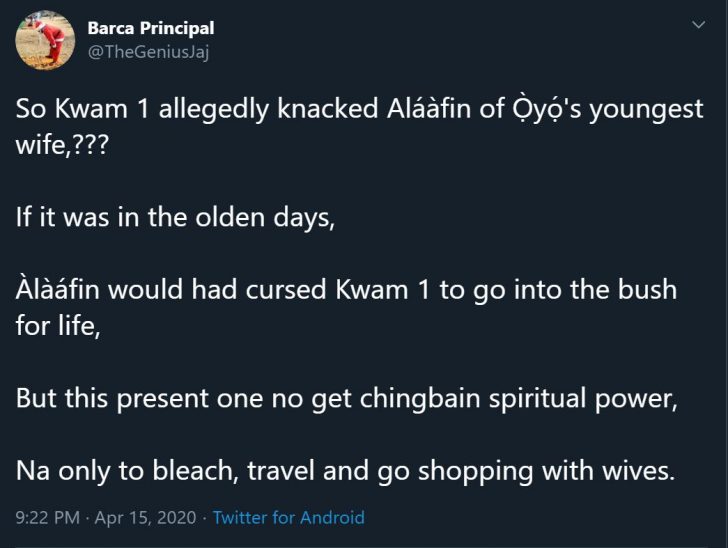 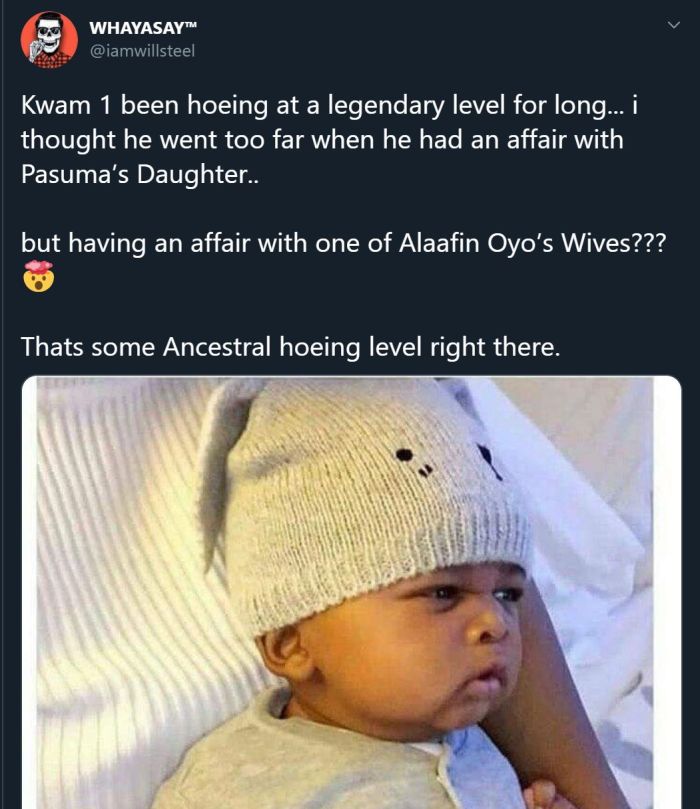 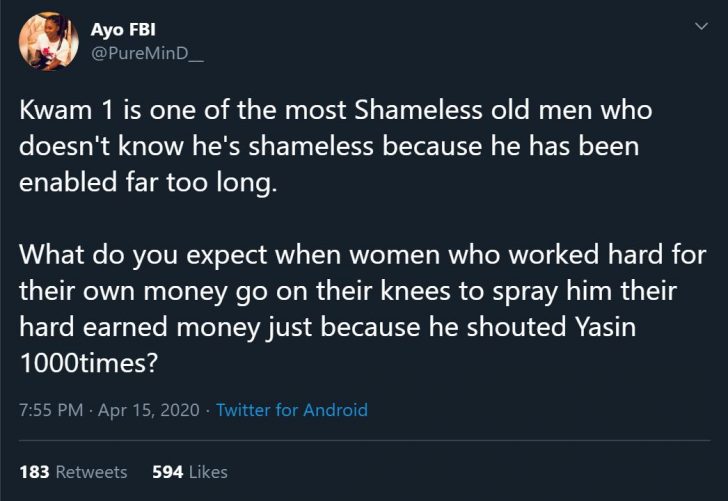 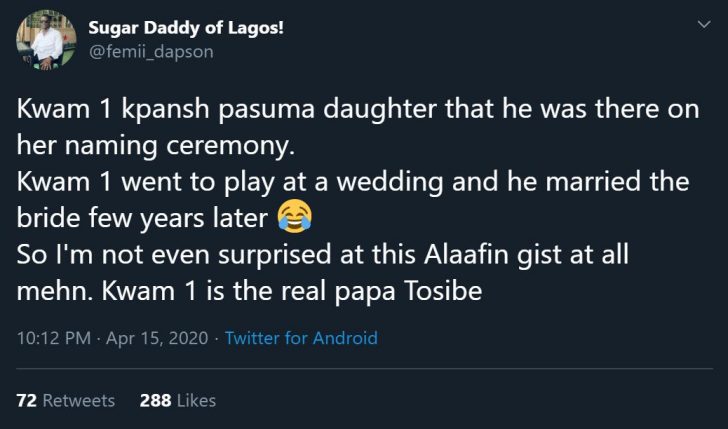 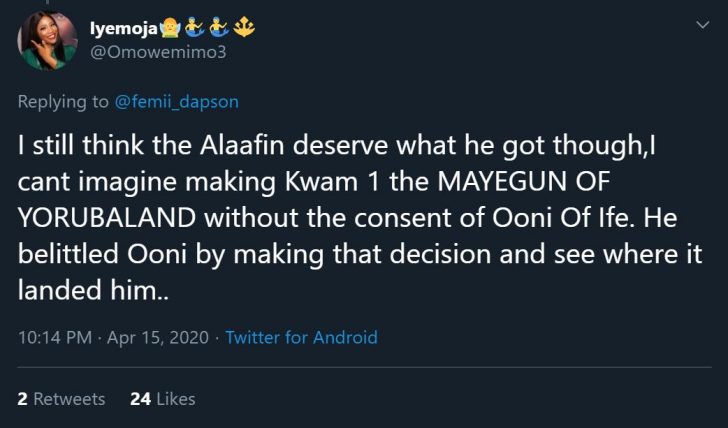 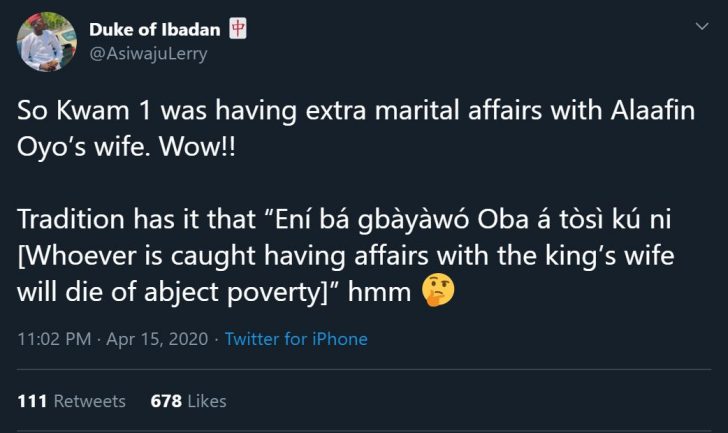 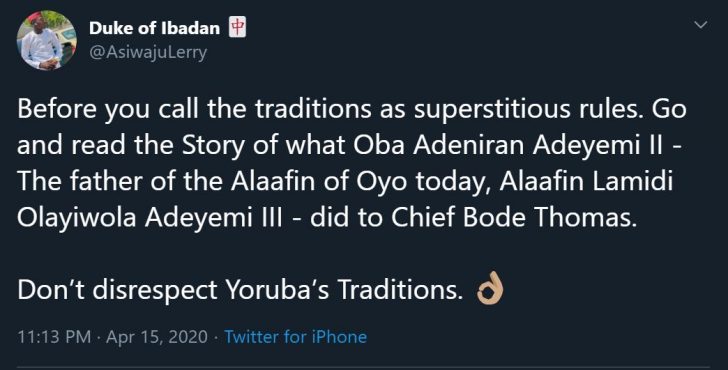 Guys, here you have the story.

If You Are The Alaafin Of Oyo – What Would You Do As Regards Kwam 1 Issue?

Let’s hear from you all.