Kenyan socialite, Alhuda Njoroge popularly known as Huddah Monroe has taken to social media to rubbish Forbes 30 under 30 list after not making it.

This is coming after the likes of; Patoranking, DJ Cuppy, Swanky Jerry, Mr Eazi and others made the list.

According to Huddah, she’s been dreaming to make the list until she saw their 30 under 30 list. She claimed it’s all about connection and not hardwork.

“I used to dream of being on forbes until i saw the Africa 30/30 list! LMFAO! What bulsh*t list! Awards. Recognition from these people depends on your connections not your hardwork. Set goals for yourself and achieve them, do not ever think these lists determines your success! Otherwise you’ll cry all your life” 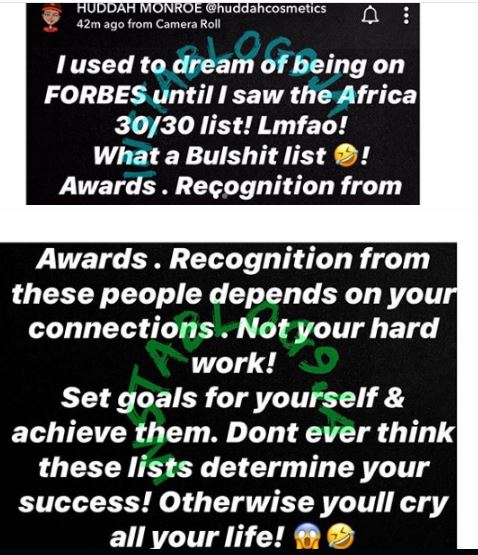